I think more people share a common view of what makes a perfect summer than of any other season and summer memories are easily triggered by a snatch of a song or the sight of the sun. Isn’t that glorious?

Here we are, pretty much mid-summer, and the pundits are muttering about its potential to be one of the hottest and driest on record. It has certainly been a joy to look out of my office window and see a blue sky and blazing sun pretty much day-after-day for what feels like the last couple of months. 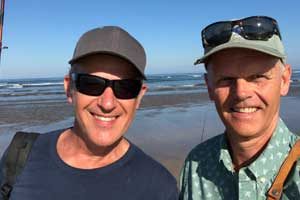 Walk around the office and you can see that people have stopped bringing a jacket or jumper into work, ‘just in case’ and that most people’s tans have settled down to a rich and healthy glow. And of course, ours being a solar-powered industry, summer brings another welcome sound. The phones are ringing; a lot.

Historically this would have been a good year for above-ground pool kits and inflatable paddling pools, for water fights in the garden and risking a sneaky dive-bomb into the local swimming baths but in so many ways, time has moved on.

One of my own first poolside memories was going to a lido in Berkshire when I was just 5. I can’t say I remember all that much apart from the fact that it was warm and sunny but oddly, the water was bloody freezing as I clung to the handrail for dear life while navigating my way unobserved around the perimeter of the pool. At least standards of parental safety have improved and it would be nice to think that if that lido was still there it might be being warmed by a couple of big heat pumps.

By the time the seventies came around and Alice Cooper put the words to an old school-playground chant to music my love affair with summer holidays was well established.

In the halcyon summer of ’76 I was a teenager helping my father build a pool at home and, in a ‘Boys Own’ version of the same project, my friends and I went up on Exmoor and dammed the river at Simonsbath to make our own, wild swimming hole. (Eco friendly and chlorine free.)

Summer holidays seemed endless; every day a perfect copy of the one before.

Living in Devon and loving the water there was very little doubt that I was going to end up standing on a surfboard. I seem to remember that it began with sitting with my brothers in the open back of my father’s VW double cab transporter and heading off for a days belly boarding, dune jumping and rock pooling on Croyde beach.

Over the next couple of years I grew my love of surfing and spent the summers working in Woolacombe, in The Red Barn café by day and behind a bar at night. Earth Wind and Fire, The Bee Gees and Michael Jackson were top of the pops and Anita Ward would let you ring her bell while Donna Summer was busy being a bad girl.

Surfboards were longer and heavier in those days and suntan lotion was more like cooking oil than anything that offered a degree of protection. I have a clear memory of the sting and tingle of skin as it came into contact with a warm shower after a long hot day in the sun.

Summer days drifting away to, uh oh, those summer nights.

Hot summer nights and even hotter days. Lazy afternoons spent with family and friends around the swimming pool at home followed by barbecues that lasted well into the night.

If it sounds idyllic, I guess that’s because it was. I’ve been lucky enough to take some of those experiences and weave a career out of them. So here I sit in my office looking out at the summer sunshine, attending to business but reminiscing about how much sheer fun this time of year has brought me.

But yesterday I wasn’t.

Mitching off. To be absent from school; to play truant.

Yesterday I treated myself to an impromptu summer holiday. I’m at the age where I realise that opportunities to enjoy as much of life as possible just shouldn’t be overlooked, and that’s a good thing.

So yesterday I was mitching off to get up early and meet a friend for a morning’s fly-fishing at a local beach. As we walked out towards the water a solitary skylark, Wordsworth’s ‘ethereal minstrel’, hung high above us, its melody full of the possibilities of the day.

Did we catch anything? No, but to be out scot-free in the great outdoors on the coast of this beautiful sceptred isle on a warm summers day was more than enough to satisfy the soul and leave me feeling that although I love my job, sometimes it’s good to take yourself away from it all and remind yourself just how good life is.

I hope that you find a day or two this summer to do that too.