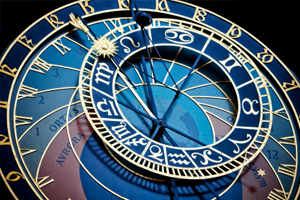 The wet leisure industry didn’t have an easy ride in 2012. The weather forecast for 2013 is still a mystery, but what might the economic outlook be?

Planning for the future.

It is important for all businesses to plan for the future and businesses trading in our industry, the wet leisure industry, are no exception.

And yet, of course, it’s difficult to make plans if you don’t know what the future will be.

In 2012, many pool and spa businesses suffered a double hit – from the climate as well as the economic climate.

The weather for the year ahead remains a total mystery with neither scientists nor forecasters being prepared to stick their neck out and make predictions. The economic future has come under a great deal more scrutiny and we have gathered some of those thoughts together to give at least some sort of glimpse of what the next twelve months might bring.

A question of money.

An economy is driven by money being moved around; borrowed and spent.

2012 experienced it’s recession due to the financial crisis that we are all so familiar with and the slowness of any economic recovery is a result of the nature of that crisis.

Businesses and consumers who had over-borrowed during the boom years decided or were forced to decide that they should begin to pay off some of that debt rather than borrowing and spending more.

At the same time, the banks have chosen to strengthen their capital position rather than lending money as freely as they did in the past.

So individuals have less money to spend and less credit to use and, probably, less desire to do either of those things anyway.

For the businessman or woman, we all know how much more difficult it is to get loans for our businesses, either for expansion or just as working capital.

It really doesn’t look as if these things are going to change much in the near future.

The Eurozone crisis and the issues with the American economy continue to make investors and institutions nervous.

Essentially, the economy is being held back by a lack of cash and a lack of confidence.

So what are the projected growth rates?

The forecasts for growth rates in 2013 are weak at best.

The Bank of England and the CBI are looking at growth rates that range between 1% and 1.5%. It might be that we see growth at an even lower level than that. In fact, the Bank of England has said that it won’t be until 2015 that the UK economy will return to the levels seen before 2008 and the financial crisis.

Having said that, stock markets around the world and in the UK are buoyant.

There is money around and there is money being made and spent – just not in the way that we had all become used to.

People talk about ‘when will the economy get back to normal?’ by which they mean those boom years of easy credit and heavy spending.

It’s possible that those conditions will never return or at least not for many, many years.

People and businesses had their fingers badly burnt and they will not be keen to put them back in the fire.

But we aren’t economists, we are business people, so what does any of this mean in the real world?

The top-end of the market remains buoyant.

Whatever your thoughts about social inequality, the fact remains that this financial climate is having a less damaging affect on the well off. More and more properties in London and other areas are pushing through the million pound price mark and having luxury wet leisure installations in their grounds or, increasingly it seems, in their basements.

The middle of the market is suffering but surviving.

During the boom years, a buoyant housing market boosted peoples’ confidence and their enthusiasm to spend in order to improve their lifestyle. You have to wonder how many pools, spas and saunas were funded by people putting a little bit extra on their mortgage.

Today’s middle market is more cautious and the process of making a sale will take longer and people will be looking for more reassurances that they have made the right decision.

Recessions make people more concerned and one of the things that they become more focussed on are health issues. ‘Wellbeing’ and ‘relaxation’ become more motivating words than ‘leisure’ and ‘lifestyle’.

The lower end of the market becomes purely focussed on price. People know that in hard times there are bargains to be had.

Some people may choose to compete in this area of the market but it is the most difficult sector for a small business to prosper in. If each sale only produces a tiny profit you need an awful lot of transactions in order to survive.

Inflation is expected to fall to 2%.

It should be even lower but utility costs and raw material prices continue to rise.

Energy costs – and therefore running costs – play an important part in someone’s decision to invest in a pool, sauna or spa. All wet leisure installations are becoming more energy efficient but you need to know that you are at the front of this wave of change and that your customers are aware of that.

Raw material prices will put up the cost of new pool installations as well as new hot tubs and saunas. You might be tempted to absorb that cost in order to remain ‘price competitive’ but you should realise that that is a short-term strategy that could eventually cost you dearly.

Unemployment should remain at about 2.5 million.

That figure disguise the fact that many people are under-employed. That is that they have a part-time job but want full-time work or have registered themselves as self-employed.

The labour market is weak and that means a fall in real incomes and therefore a lack of consumer expenditure. Less money and fewer sales.

The next year of business.

One of the harsh realities of 2013 is that not all businesses will survive.

You only have to take a walk down your local high street and see the empty premises to know just how challenging these times are. Hard as it may be to hear, for some businesses, the best advice might be to close before closure is forced upon them.

Having said that, there is still money being spent and profits to make in the wet leisure industry as a whole.

Perhaps what could make the biggest difference of all to your companies fortunes over 2013 is having the right attitude and vision.

Don’t look at this economic climate as some sort of financial cold that we will eventually recover from; don’t think that if you wait long enough the boom years must return.

See this as the new reality.

Think about how your business might have to adapt and change in order to prosper in these conditions. Plan for change and choose to change rather than have it forced upon you.

We would like to wish you the best of luck for 2013 and also remind you of Thomas Jefferson’s old saying, ‘It seems that the harder I work, the luckier I get.’