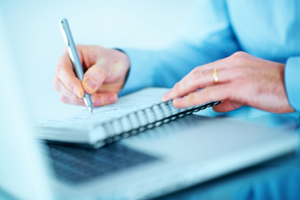 In this article we will be looking at the best ways of writing a press release to promote your wet leisure business.

What have you got to say?

A press release is an official statement issued to journalists on a particular matter; so goes the Oxford English Dictionary definition.

It’s all too easy to think that the more common definition would be ‘free advertising’.

It is true that journalists have to fill up their pages and their airtime but they are under no obligation to run any story that is sent to them, and they won’t.

A story that will run is one that the journalist and their editor thinks is of interest, importance or relevance to their readers or their listeners.

The first question to ask yourself then is, is the story I’m writing this press release about a story that fits those criteria?

In a previous article about Public Relations (PR) in general we talked about looking out for things that would make for a suitable press release or actually doing things for the PR content they might generate.

Stories that may justify a press release might include winning an award or other business success, announcing an open day or attendance at a county show, real innovation in your business or a human interest story that might have a charitable aspect.

Who do you say it too?

Of course, you want the general public to read your story, but the first audience to consider is the journalist.

Journalists get sent hundreds of press releases every week and most of them are inappropriate for their column or their paper.

If you take the time to study your local media you can quickly find out which reporters do which kind of stories. For instance who writes the business column in your local daily?

You will also get an idea about what kind of stories they prefer. Are they keen to talk up the local economy with success stories or do they take a more ‘human interest’ approach?

Sending the right story to the right journalist is key to getting your press release used.

What do you say?

Journalists face constant deadlines so time is precious to them.

They are more likely to use a press release if it is written like a news story.

The five W’s are the basis of any news report and so you should use them in your press release as well. They are; What, Where, When, Who and Why.

The first two paragraphs of your press release are critical. If the potential interest isn’t clear by the end of the second paragraph, they won’t read on.

So your first sentence is also the title of the release and it should describe in brief the what, the where, the when and the who.

The rest of the press release – and it should be no longer than one page – can put some flesh on those bare bones and answer the final ‘w’. Why?

Using a quotation in your press release is a good idea to give the story a human touch but you should make sure it is a real quote, not full of woolly ‘business speak’ and that the person who is quoted is available for further comment if the journalist wants to interview them.

Always include contact details – including a phone number – at the bottom of the press release so that the journalist can get in touch with you or anyone they might need to interview.

Make sure that your press release is grammatically correct and properly spelt. Language is the journalist’s profession and they like to see it respected.

Keep it concise and avoid clichés; use plain English rather than convoluted business-speak.

Make sure that everything you write in the press release is true and can be shown to be true.

Make it relevant to the publication that you are sending it out to even if that means doing more than one version to send to a number of journalists.

Try and make your opening sentence that hooks the reader in 15 words or less and try and make the whole release less than 250 words.

If you include pictures with your press release make sure that you either took them yourself or have the copyright holders permission to use them for PR.

If you are emailing the press release and want to include photographs then make sure that they are saved down to reasonable file size. If they want high-res images for publication, they will ask you.

It’s well worth making the effort to get your press release right because good PR can do your business no end of good.